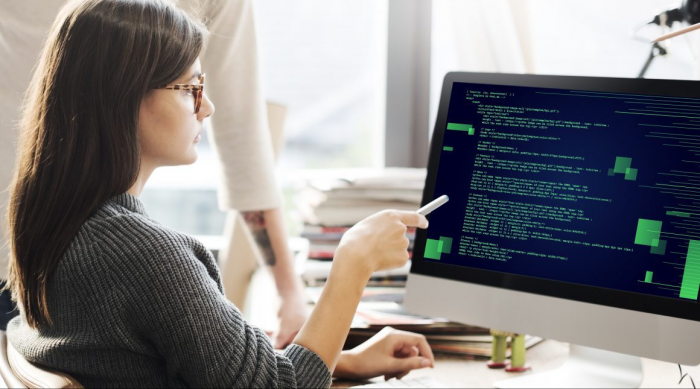 Exciting Scottish Job Opportunities in the Digital Sector
25/06/2018
Exciting Scottish Job Opportunities in the Digital Sector The modern, digital world holds a wealth of employment potential in today’s job market and that applies wherever you are in United Kingdom and particularly, in Scotland. With flexible, remote working possible across Virtual Private Networks and software collaboration an increasingly utilised resource for digital companies, the geographical divide between the North and South of the UK has significantly blurred in recent years. Tech Careers Scotland currently represents something of a hotbed in the tech sector, one that is expanding faster and faster as the days pass. This expansion is driving a requirement for new talent in the industry, which is in ideally needs to come from the scottish workforce. Those who may not have considered joining the industry before, should at least consider a career in the tech sector as it offers some really exciting opportunities. Some of the world’s largest companies from the tech industry call Scotland their home. Companies like FanDuel and SkyScanner have major offices located in Edinburgh and Glasgow and each generates Billions of pounds every year in revenue. That’s not all, as major corporations like Amazon and Microsoft operate huge tech facilities in Scotland. As the industry continues its inexorable rise, more and more of Scotland’s workforce will be required to fill the many associated IT Jobs  that it contains. The prognosis over the next 5 years, is that there will be almost 13,000 new jobs created in the sector each and every year. The opportunities are there to those who have the drive to take them. Landscape of Opportunity The roles being created in the sector are as varied as they are numerous and the appeal to a range of different skill sets. From data analysts to graphic artists and a raft of associated jobs in between, there is a real pioneering feel to the industry. When we talk about a wealth of opportunity, it is not an exaggeration, as the demand is currently outstripping the supply, with many tech companies having a hard time filling all the available positions. A recent survey of tech companies in the UK has shown that almost half are experiencing a difficulty in recruitment, with a skills shortage in effect. Rewards to Be Had The rewards that jobs in the digital sector are very real, with average salaries sitting at almost £38k, a full £10k higher than the national average. These sorts of wages are on offer, not just to the coder or programmer either, as the industry dovetails into numerous associated professions, such as finance, HR, IT and digital marketing. What comes along too with modern, forward thinking businesses, are concepts like flexible and remote working, offering great freedom to employees, allowing them to enjoy varied lives. The stuffy, traditional working environment is replaced by a modern, dynamic one in an exciting digital world. Shirts and ties are often entirely optional.  So, if it’s a fulfilling, exciting, flexible working life you’re after, then the digital sector is where it’s at and what’s more, Scotland’s where its at too! 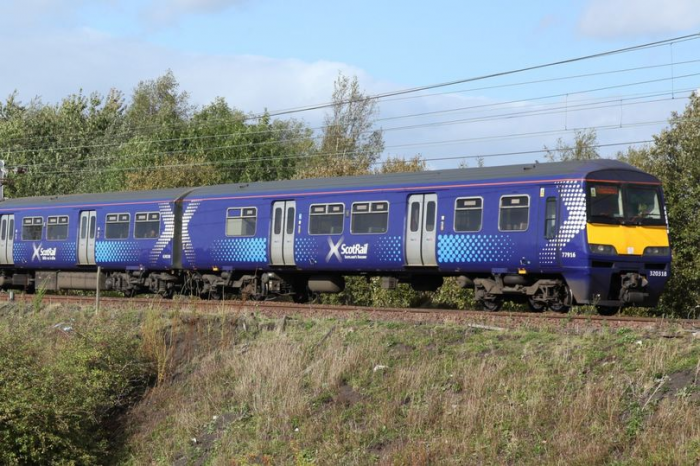 Free railcards for Jobseekers
07/06/2018
Government Scheme to Help Scottish Jobseekers Enjoy Lower Commuting Costs If you’re on the hunt for work and you’ve ever found that the cost involved in getting to and from interviews is prohibitive to your efforts, then you should take a look at a largely unpublicised government scheme to help people in Scotland and the rest of the UK get where they need to go for less. Should you be in receipt of universal credit or jobseeker’s allowance, there is a good chance that you are entitled to a free railcard that offers as much as 50% a discount of lots of different, frequently used rail tickets. The scheme is in full effect in the Greater London area, but only a fraction of people who may qualify in Scotland are taking up the offer, which seems to be largely down to awareness. Qualifying Criteria Whilst the scheme is open to all, this is no guarantee that you will be awarded a free railcard, as they are issued at the discretion of the Job Centre visited. This decision will be based on a number of factors and on case by case basis, but if you are clearly in need for the purposes of finding work, there is more than average chance that you will get one. So, let’s take a look at how to apply and some of the criteria that needs to be met. Firstly, in order to be considered, you need to have been in receipt of either universal credit (whilst hunting for jobs) or jobseeker’s allowance for at minimum of 3 months. Of those that meet this criteria, the entitlement is further broken down into age two brackets. Between 18 and 24 - You can get your free railcard if you have been in receipt of the relevant benefits for between 3 and 9 months 25 and over - Over 25’s are able to receive the railcard if they’ve been in receipt of the relevant benefits for between 3 and 12 months. There are other cases where entitlement applies, such as if you receive Disability Living Allowance, but it is advisable to talk to your local jobcentre for exact details of what you are able to receive. Interview Once it has been determined that you meet the required criteria, you may be called in for an interview, which will give you the opportunity to explain why you need the card to assist your search for work. Whilst it is not guaranteed that you will be awarded one, this shouldn’t been seen as a negative, rather the jobcentre try to identify those most in need of their help. Encouraging Work Schemes like this one are important tools for use by people who are hampered by lack of transport in their job hunting. The assistance is out there and it can’t be allowed to be missed by those in Scotland looking for work simply because it’s not widely known about. There’s a reason it’s being so widely used South of the border, which is that those who can make use of it are aware of it and because it really does help the whole job seeking process go more smoothly. If you are currently looking for work in Scotland, you need to at least find out if you qualify or you could be missing out. 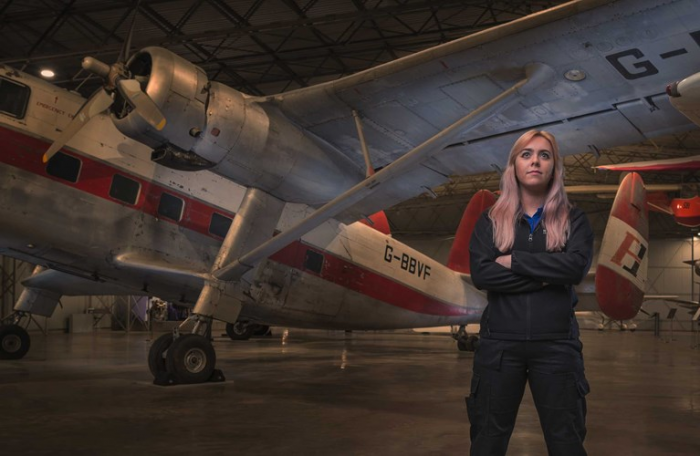 Apprenticeships in Scotland
29/05/2018
A Proven Route to a Meaningful, Long Term Career If you are either approaching the end of your schooling or are at the start of your career path, you are most probably in search of a way to get the skills, expertise and more pointedly - experience needed to gain entry into the industry of your choice. The answer to this conundrum can come in many forms, but there is one that has been used by more young professionals than most and it is the Modern Apprenticeship scheme, run by many of Scotland’s major employers. Get Paid and Qualified The age old problem of “no job without experience and no experience without a job” is dealt with extremely effectively by a modern apprenticeship, as the scheme allows young people to not just get the experience and qualifications they need, but also to get paid whilst they learn. The great news is that modern apprenticeships apply to a wide range of industries and sectors, so whatever your professional ambitions entail, it should be viewed as a major opportunity to get your foot in the door. Currently, there are over 80 different types of modern apprenticeship that cover a multitude of jobs in a variety of different sectors, meaning there’s likely to be something in there that suits your plans. General Skills Whilst there are many benefits to attending college and then University, what they don’t give you when compared to a modern apprenticeship, is real world experience - something that goes an awfully long way with many employers. While you’re an apprentice, you’ll gain not just specific vocational skills, but also very important general ones like teamwork, time keeping and what it means to represent a company…that’s in addition to actually getting paid! Designed by Industry Another factor that makes modern apprenticeships such an effective way of introducing new people into new industries is that they are designed very much with both the employer and the employee in mind. The best, most appropriate training is given and the qualifications you receive will be industry recognised and its transferable accreditations and skills like these that are so important to a long and productive career. How Do I Find Out More? Hopefully, what we have told you about has piqued your interest and you’re going to be asking how to find out more about how you go about being considered for an apprenticeship. Well, you can start by visiting the Scottish Apprenticeship website https://www.apprenticeships.scot/ , which contains more information than you can shake a stick at and also offers all the relevant contact details of the people you need to speak to take things further. There are countless industries in Scotland that are literally crying out for people with the right skills they need to fill the many roles that exists new and emerging sectors. In fact, the skills shortage that exists right now means that if you get yourself qualified and employable, you’ll have your pick of some of the most exciting jobs available in the country. Get yourself trained. Get yourself paid. Get yourself on a modern apprenticeship in Scotland. 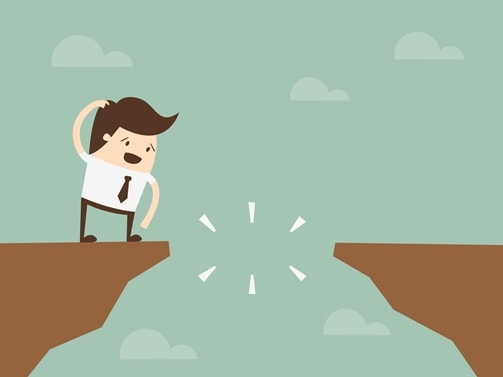